On Friday, it was our pleasure to host the tenth Glasgow Library Tweetup (GLTU) to members of GLTU and Scottish Academic Libraries consortium-group SALCTG. 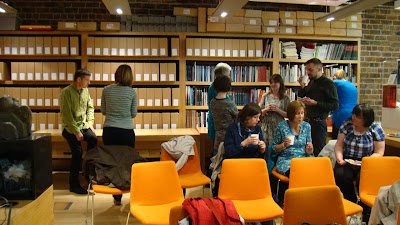 GLTU is a group of information professionals from all over Glasgow who meet up to visit a particular information service every few months and network with other librarians. Founder Anabel Marsh, was a Librarian at Strathclyde University for many years and is very interested in social media in libraries. She started GLTU after discovering a large network of local librarians on Twitter who were interacting virtually without ever having met. Anabel took the initiative to form a group which would tour libraries around Glasgow. The idea's been a triumph so, intrigued to find out what all the fuss is about, we thought we'd take a turn at presenting what we do in the Library and the Archives and Collections Centre. 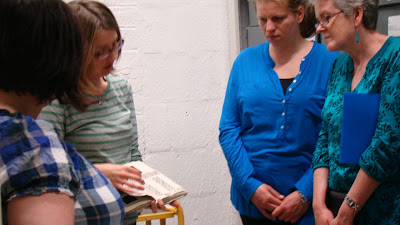 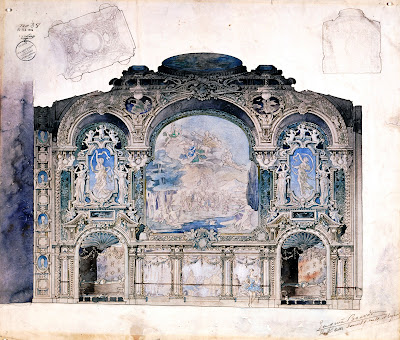 Firstly, the School's archivist Susannah Waters gave an excellent tour of the archives, selecting examples of pieces held in the archive that reveal lots about the School's history. Susannah explained the development of the School's archive and discussed its use by students and visitors. Among the many highlights were Joan Eardley's Italian Farmhouse, which was completed during Eardley’s tour of Italy as part of her travelling scholarship in the late 1940s, Eugene Bourdon's beaux arts architectural sketches, and letters from the School’s Headmaster discussing the types of animals to be brought into the Animal Room for life- drawing classes. There was particular interest in the historical political activism of GSA's female students including the suffragette campaign by Ann MacBeth who was imprisoned and underwent force-feeding while on hunger strike. A potential opportunity to conduct more exploratory research into the School’s archive of letters and textile materials arose from a discussion with members of the Glasgow Women's Library who seemed keen to collaborate! 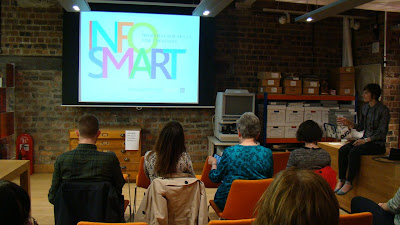 A talk on InfosmART followed, with the group being introduced to the Library's award-winning portfolio of online modules for developing information-literacy. The idea was to showcase how GSA Library supports students to develop information-literacy skills given the unconventional variety of visual sources that can inform artistic practice. These sources could easily have been some of the beautiful pieces we'd just seen in the Archives such as a travel diary by former student John Jack Lindsay from 1950 or a textile design notebook by former student Daisy M Anderson, c1931-1935. 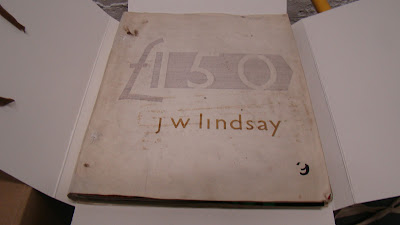 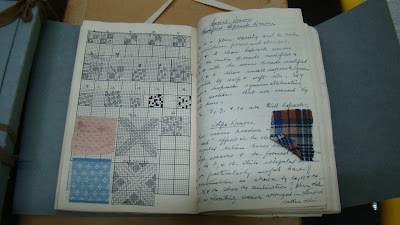 The event was a great success: we all learned from each other about different roles in the library and information sector; shared best practice and exchanged knowledge about the hidden treasures in some local libraries and how we can support our visitors to make best use of these resources.

We're already looking forward to the next GLTU!
Posted by Glasgow School of Art Library and Learning Resources at 3:26 PM